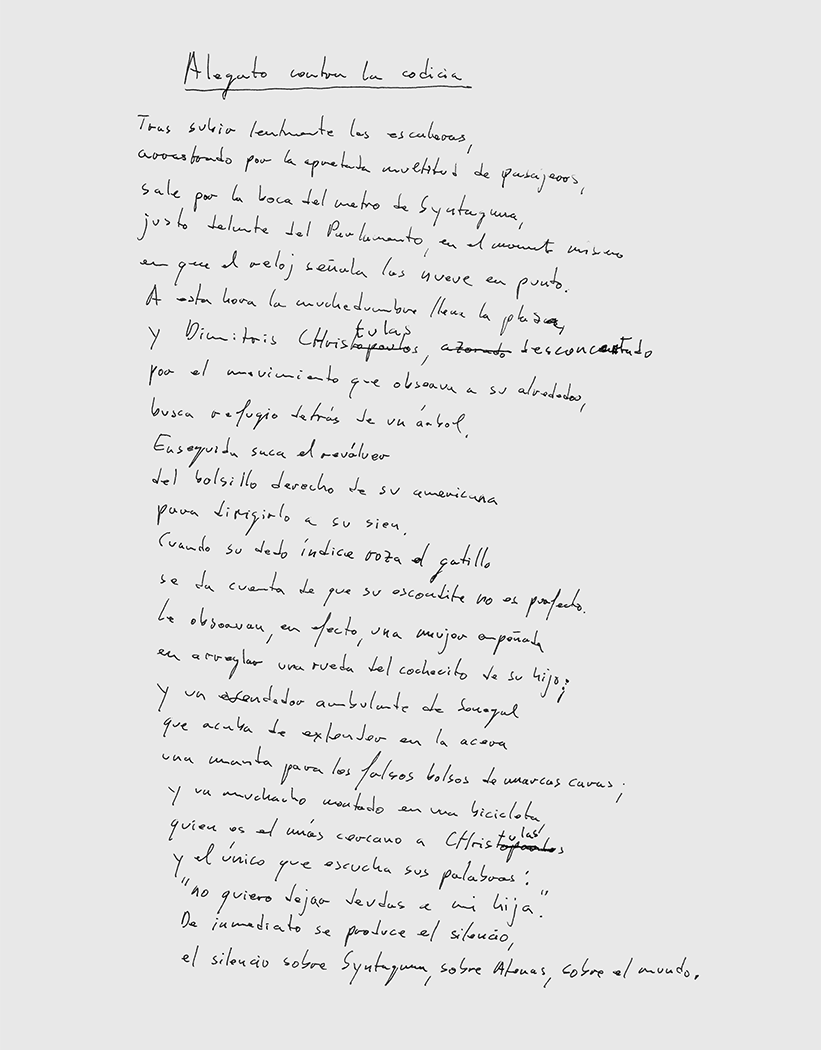 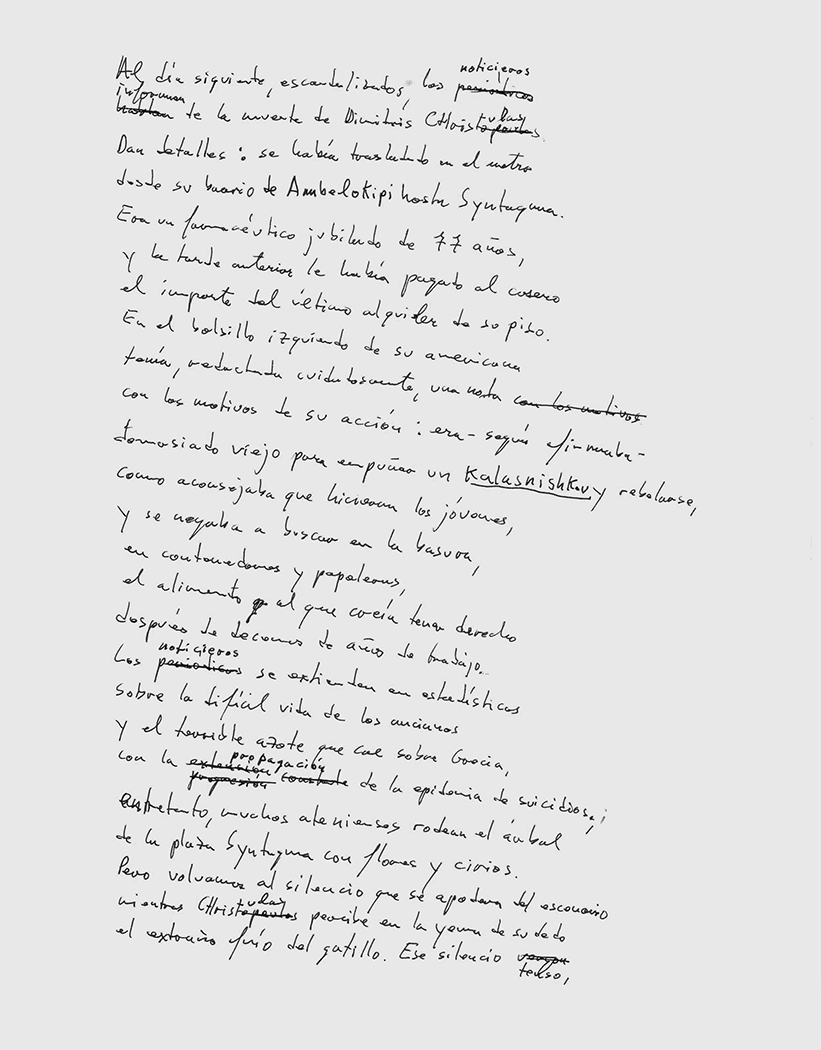 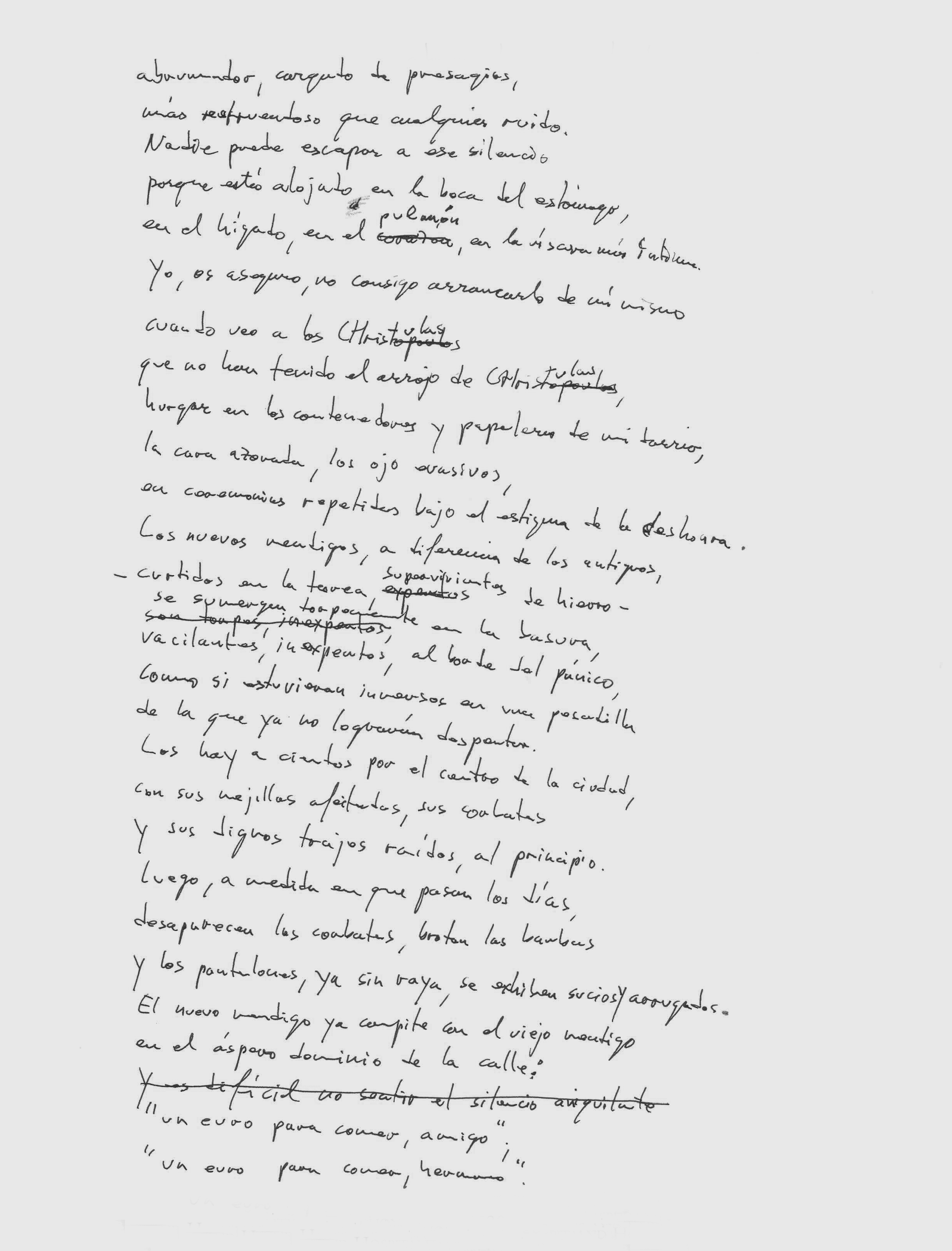 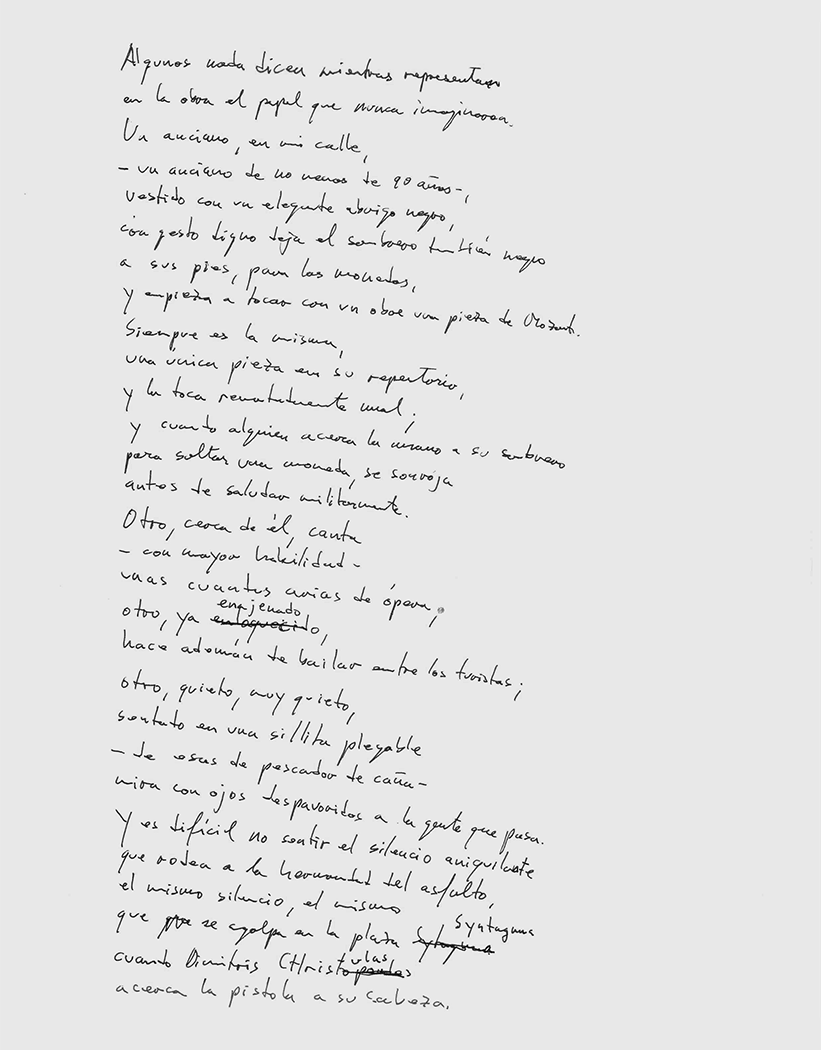 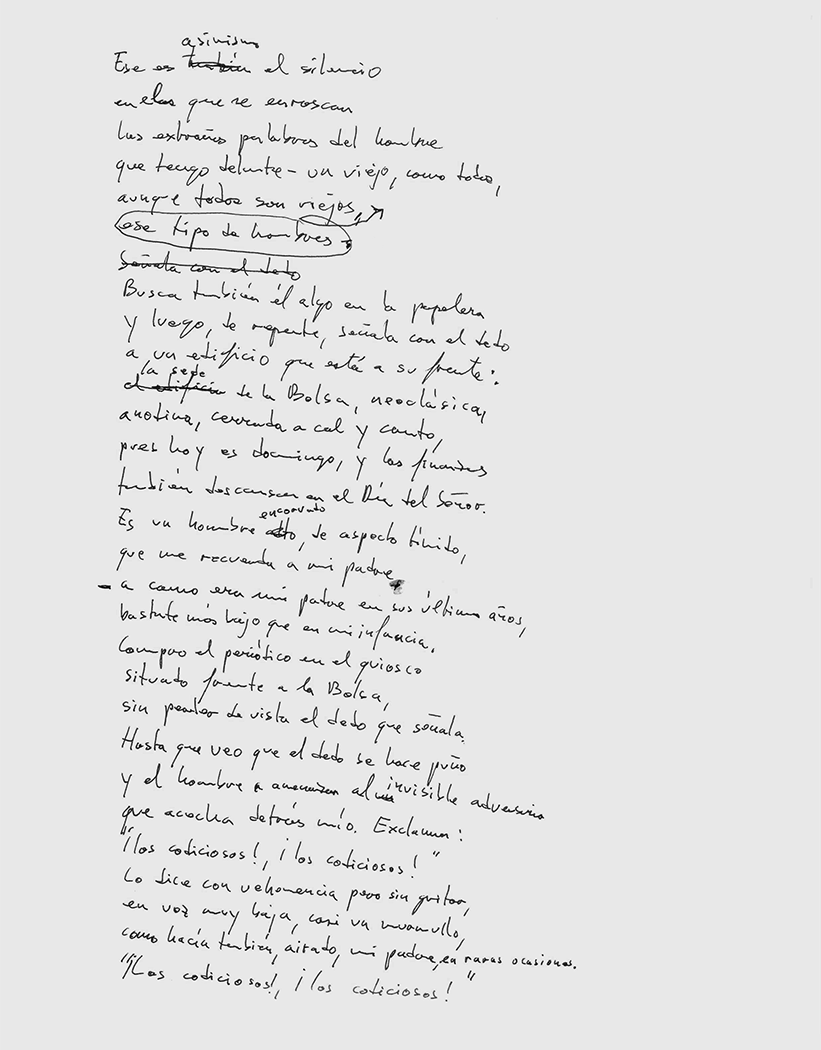 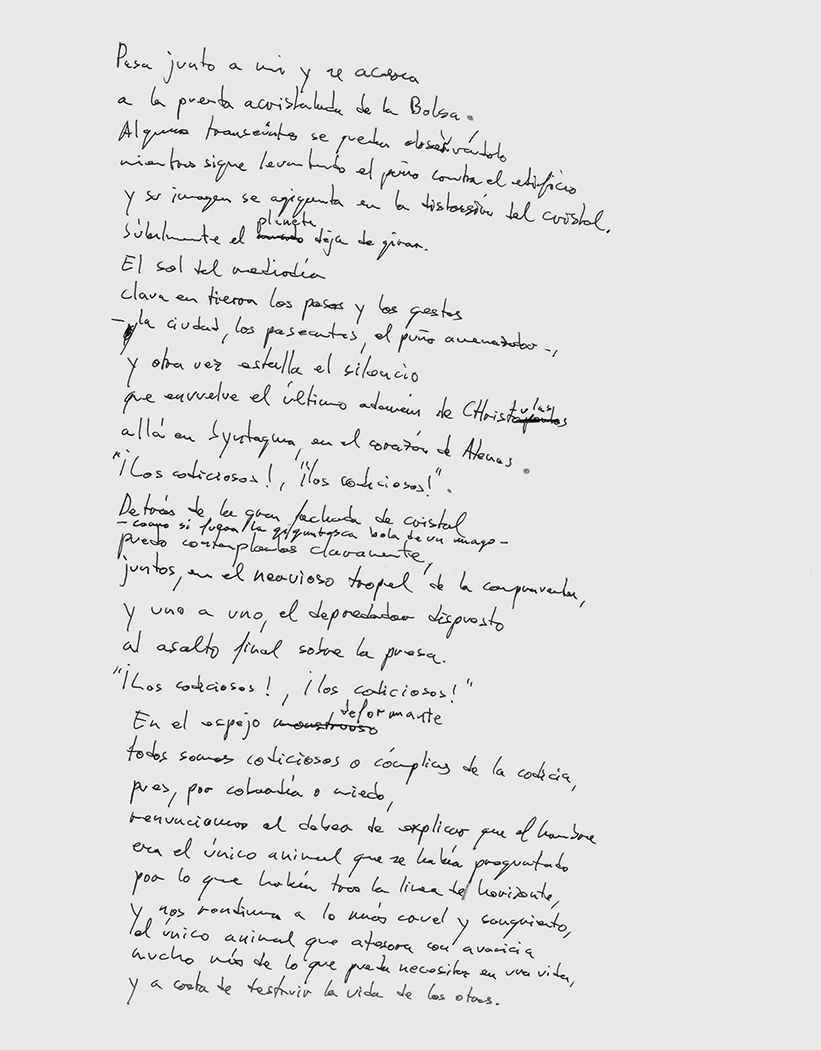 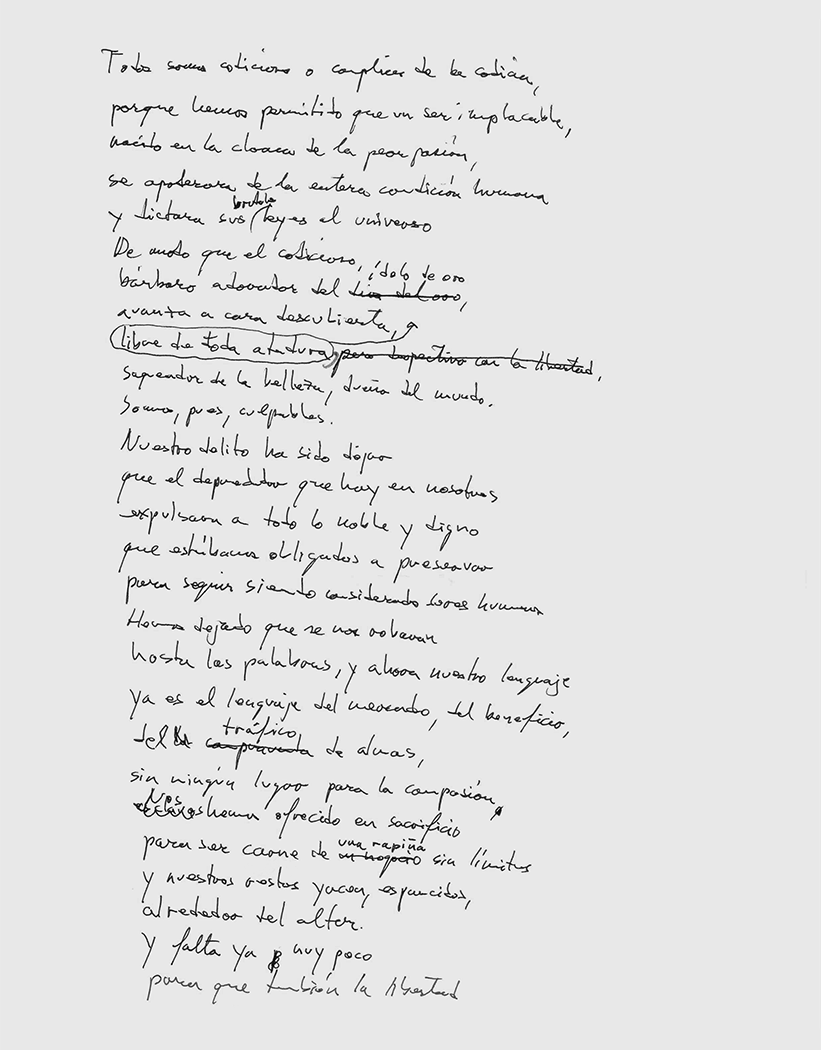 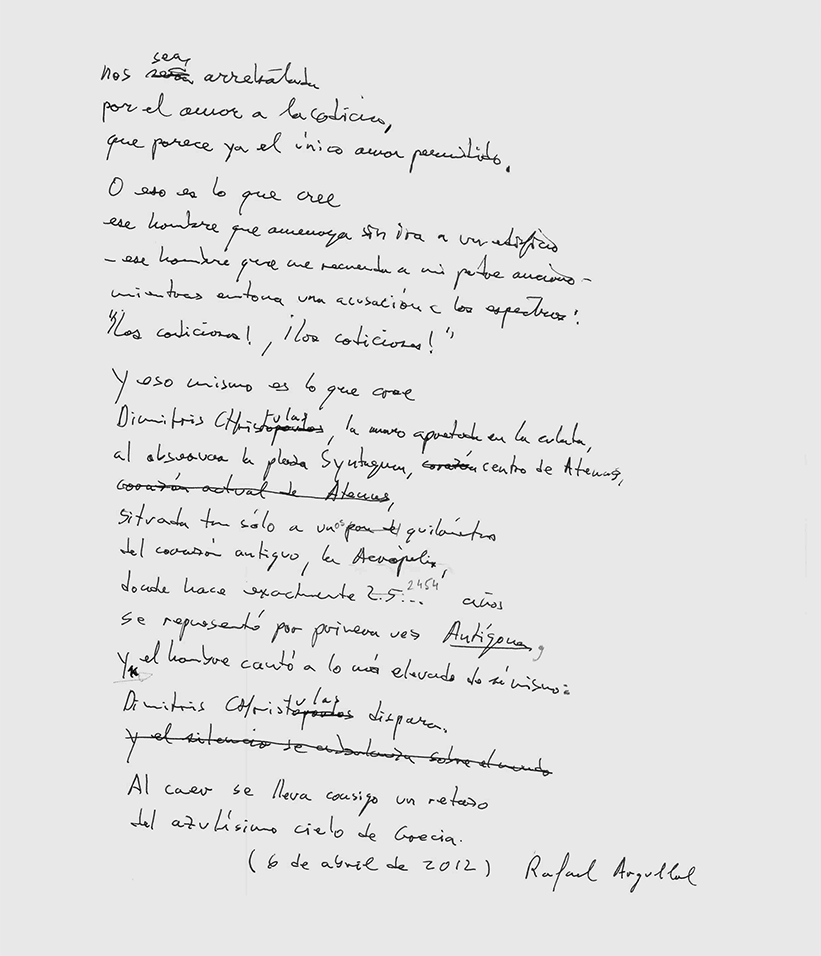 This poem was written in homage to the retired pharmacist Dimitris Christulas, who committed suicide in front of the Greek parliament in Athens, on April 4th 2012.

You can see a reproduction of the original manuscript on the left.